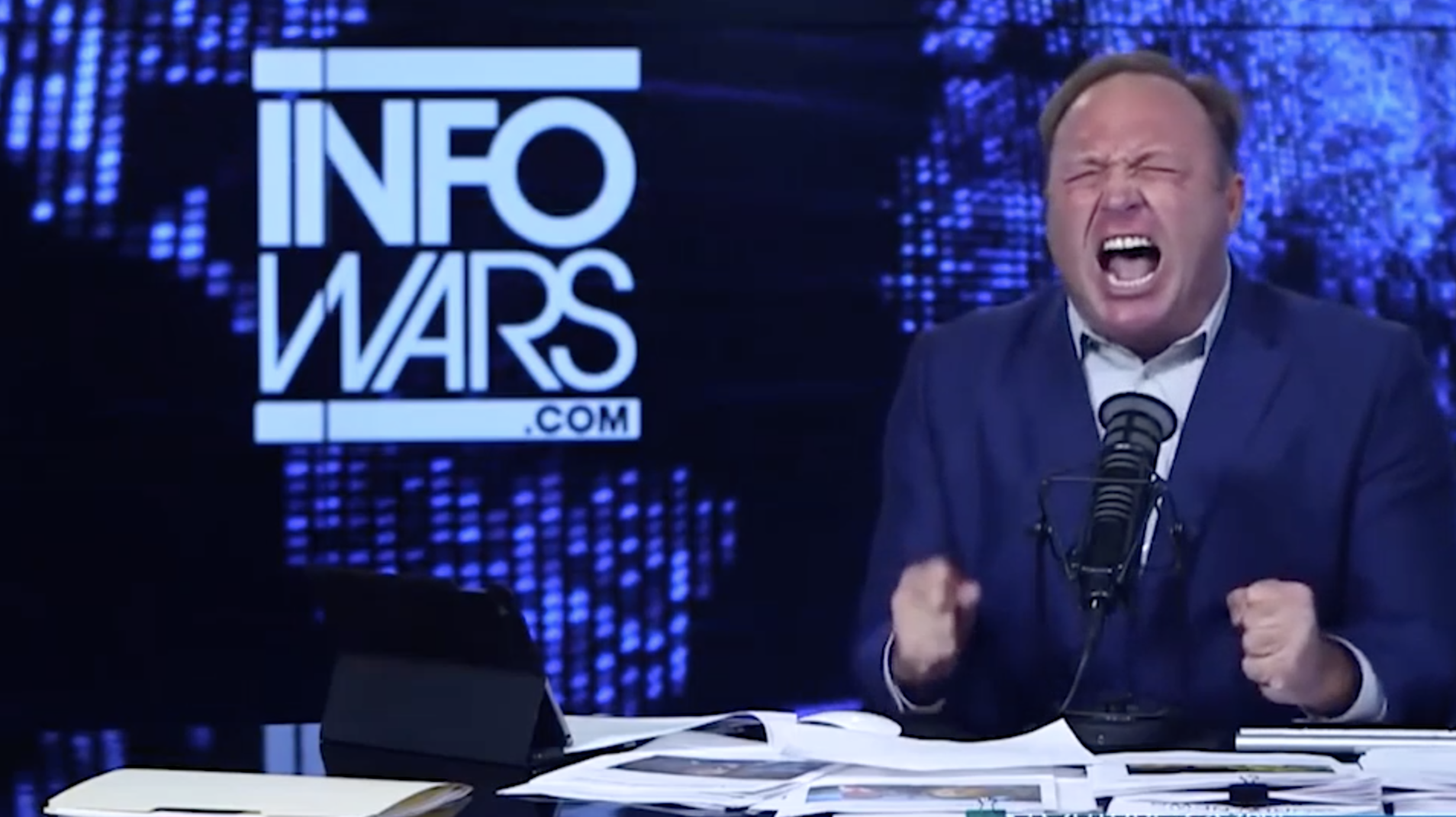 He fights the New Crusade for Knowledge!

In the past decade we’ve all laughed at the memes that come from the Water Filter and Vitamin Supplement Salesman from InfoWars. Alex Jones, the conspiracy Theorist and Front-Man for their alternative media news outlet has been on the forefront of being what the 80s and 90s called “Shock Jocks” and has always pushed a narrative that presents the fallacies and shortcomings of those in opposing political views in addition to far-leaning radical theories that have lead to his most recent social media platform-wide banning. For those who know how the world works, we chuckle, bust our butts, and keep marching on but for those who are in a fixed position without the mind to understand just what is going on, to them, Alex is a hate-mongering monster. Let’s educate as to why he says what he does.

While Alex’s broadcasts cover things like “The Illuminati”, “Fake Birth Certificates for former Presidents”, “Chemicals turning frogs gay”, “The Queen of England is a Reptilian” and various other weirder-than-fiction headlines, somehow, his content has been deemed to be “Ripping America Apart with hate” all the while touching on actual facts of real first world conditions. The Rockefeller Family (with a dozen other 1% families that own a majority of the world’s wealth), along with Big Oil and Big Pharma have been keeping imposed standards on first world countries for generations by keeping Stem Cell and Regenerative therapy out of the mainstream medical practices to remove things like organ failure and degenerative cellular malfunctions, foods based on soy increase estrogen on those who consume it, Solar Energy on a much grander scale across nations with MASSIVE solar proliferation over their geography, and an inflated dollar economy making it nearly impossible to make it out of what the United States Government have establish as:
Low Income or “Poverty Level”
Lower Middle Class Income
Middle Class Income
Upper-Middle Class income
High Class Income
Ultra High Class Income

Which means the first world nation of the United States of America itself is regulated into a Multi-Tier Socio-economic caste system established by the means and methods of procuring wealth while delegating income to retaining a median sense of living conditions while still paying taxes and various fees liken unto that of a Communo-Capitalist system rather than what one might call “True Capitalism” or “Social-Capitalism” all the meanwhile the means of “Healthcare” and “Energy” that fuel people’s ability to be well enough to work and get from point A to point B are controlled by a minority in the Ultra High Class income bracket. While people “Occupy City Hall” and “Occupy Wallstreet” the wealthy live in their houses in the hills, mountains, and penthouses unaffected by the majority of the population demanding a change. However, Alex was banned and censored for SAYING JUST THAT.

Alex Jones is the guy hyping these facts so the general population who have attended public education that was established in the 1800s to crank out droves of factory workers, while resembling prison structures and funded by private interests originally intended to keep the population at large just stupid enough not to think for themselves or conceptualize and prioritize fact over opinion. All of this simply for old American companies to have a workforce that we no longer need since the automation of manufacturing. Alex has called for changing the systems that have got the States stuck in a downward spiral and challenge the establishment to bring about new generations of innovators. For more information on this check out the article on “Wired“.

With all these things being said Alex Jones is the modern day angry version of Walter Cronkite reporting the news from the world-view of someone who has stepped outside of the Modern American Social Conditioning. He’s called out violent detractors for what they are. He’s proven time and time again people are targeting the wrong “enemy” while retaining a vested interest in the well-being of as many as he can while people scream and attack his reporters (and him) in public for “Being an asshole” without any real reason behind it.

So what happened?
Facebook, Twitter, Youtube, iTunes and a few other Social Media platforms scourged Alex Jones and InfoWars from their databases. Big Tech seems to be the next new threat to the living conditions of the world in addition to:
Big Oil
Big Pharma
Big News
Which can mean 1 thing:
A monopoly by private interests who control government and political influence just as the Nazis did before World War 2.
If this is the case it will be up to independent content creators and news sources to OUT these guys. This article alone could get us purged too.

What did this have to do with nerd news?
Think 1985 George Orwell and ask us again!

One Comment on “Info Wars and Alex Jones Censored and Deplatformed”