Uproar on the internet when new Superman postulated

Stirring started yesterday, 9/11/18, people began frothing at the mouth as various news sources began distributing the news. “What if Superman was Michael B. Jordan?” began a frenzy that continues on today. The wet blankets at Movieweb and USA Today have been jumping on the bandwagon so we will too. Having referred to those who enjoy the comic book escapism as “Fans” as the word got around Twitter, Facebook, and whatever other social media could spread it on the web. DC Comics, Animation, and Movie consumers have been wondering “just what is going on?” and there really is no simple answer. 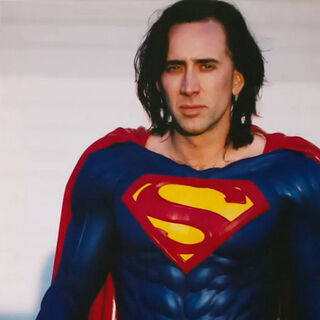 Henry Cavill, Superman from the last 3 big live action films from DC, has bowed out and Warner Brothers are looking for a recast. Soon enough, people have been looking for someone somewhere to replace the Man of Steel. However, some folks have been looking to pander to another issue. DC’s been facing a general loss of income with some of their properties in addition to pressure over “Racial Equality”. How do they fix this problem? How will the world of the DC universe be changed? How many movies will they have to produce to restart a whole continuity hinged upon a melanin challenged Kryptonian?

Enter, M.B. Jordan, he’s been in movies and played a character in 2 different properties from Marvel (but Fantastic 4 is Sony).  Hundreds of millions of dollars to produce more origin story movies absolutely would not be lost (right?) and it would further diversify the Man of Steel for sure. However, this would not be the end of changes as the entire continuity established by DC. We can’t even FIND the sources from “Movieweb” and “USA Today” or the dozen of other “news sources” that have stated M.B.J. is a factual consideration. DC Properties getting smashed the past few years.

We made our own phone call. Dropped the “Hi, Robert from Chasing Sasquatch news and I need a statement on the Superman Replacement”. The Response was “No comment”. Who in their right mind is saying this is a fact then? Oh, wait, the guys in the first paragraph.