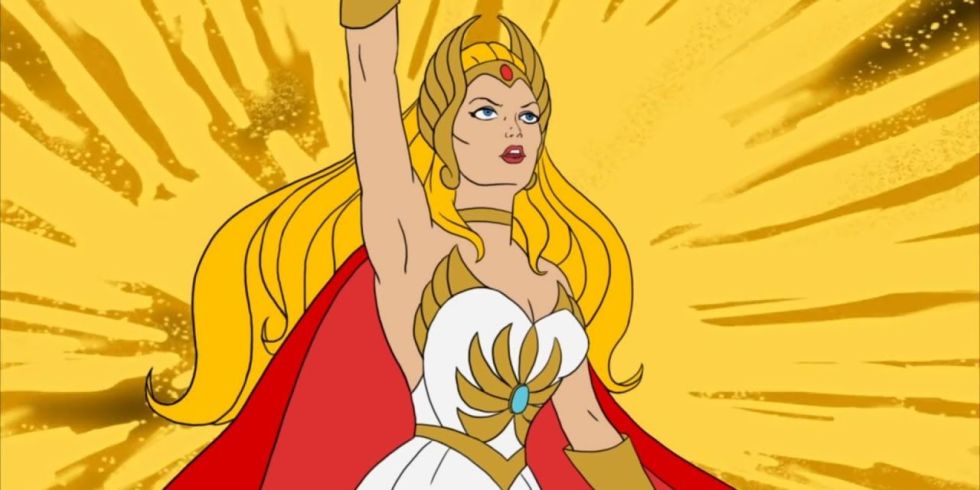 80s She-Ra the Princess of Power

The 1980s was a strange time for kids. We weren’t indoctrinated in the placid pacifism and fear of hurting people’s feelings like folks are today. He-Man, She-Ra, Ghostbusters, G.I. Joe, Transformers, Johnny Quest, and a slew of other properties shaped our world-view in what people now call “The First World” or “Modern Civilization with privileged amenities”. However, with the blissful memory of running down the hall and skidding on the carpet to watch Saturday Morning Cartoons have faded and the properties of our childhood have a new evil overlord in the form of an insipid, all inclusive, non-decisive, demanding idealistic polymorphic nonesuch that we call: New Wave Animation and Non-Triggering Character Design Neutrality or in the opinion of the author of this article “Sloppy cash grab hinged on nostalgia and little girls”. Remember the NEW Thundercats? Poor great uncle five times (or however many it was) times removed Arthor Rankin Jr. is Spinning in his grave on that one already.

What’s old is new, not really in this case and without descending into the downward spiral of what a minority of consumers scream loudly about as opposed to the majority. We’ve already seen the ruination of most of those properties. Placing blame on where it started does not change the fact that we are at a loss for nostalgia because everything they make now is, for a lack of better words, Terrible. Netflix has gathered their artists, paid for a show, green-lit the designs being “Hip and modern take on the Princess of Eternia” only to get some backlash from old die-hard fans. The lie that “She-Ra” was “only for girls” that so many people cling to with the new incarnation is grossly misinterpreted. She-Ra was Adam’s sister and meant to bring a strong female lead to the forefront of the scene and provide that she was an equal to the Pumped, Undulating Muscled, Super-Freak that was He-Man without the need for magical-muscle juice and expand the idea that “Girls could be badass and fight evil too”.

He-Man’s gotta be psyched up while She-Ra is cool and confident.

Everyone forgets, though, that these shows were mostly advertisements for children’s toys. Commercialized and sold en mass at all the local toy stores (rest in peace Toys’R’Us). Every kid had at least one toy from these shows.  Maybe not every show there was but at least one. To my recollection I had a Man-At-Arms and a She-Ra then a ton of second hand G.I. Joes and third hand Star Wars figures. She-Ra was never the damsel in distress but my little sister’s Barbies were. This was the social engineering of the 70s, 80s and early 90s in this case. The actual toys from way back when… Via He-Man.org

This year, however, we’ve got a new Princess of Power coming November 16th. Same name, some design similarities, much younger than what we were used to, and dipped in a coat of thick resin to reduce the overall feminine shape. This would be a correct adjustment for the targeted audience of ages 6-12 worldwide. However, the themes this show will have to cover will be approaching the Pre-Teen to Tween school children from ages 13+.  We are thus given a character that we can’t quite place the age of while fans of the original show look back and scream in terror at what their originally visualized  “Powerful Female Image” has been turned into. The problem is not that she’s not as mature as she was presented in the original but that she’s being placed in a situation of power while retaining the title and being presented as “The Modern Version” this invalidating the original works and subsequent investments of years of what people’s supposed imaginations have shaped the character out to be. Is “The New She-Ra” supposed to be a hot and mature of-age babe? Nope. Does she represent the average modern teenage girls body? Nope. Does her design look like Avatar Ang  with long blond hair wearing a white skirt over some spandex shorts? Yes. Should we all care? Not unless girls start feeling bad for not being slim like this princess and start having body issues because the only character with some curves is the older Pastel Pink haired “mentor friend” character. 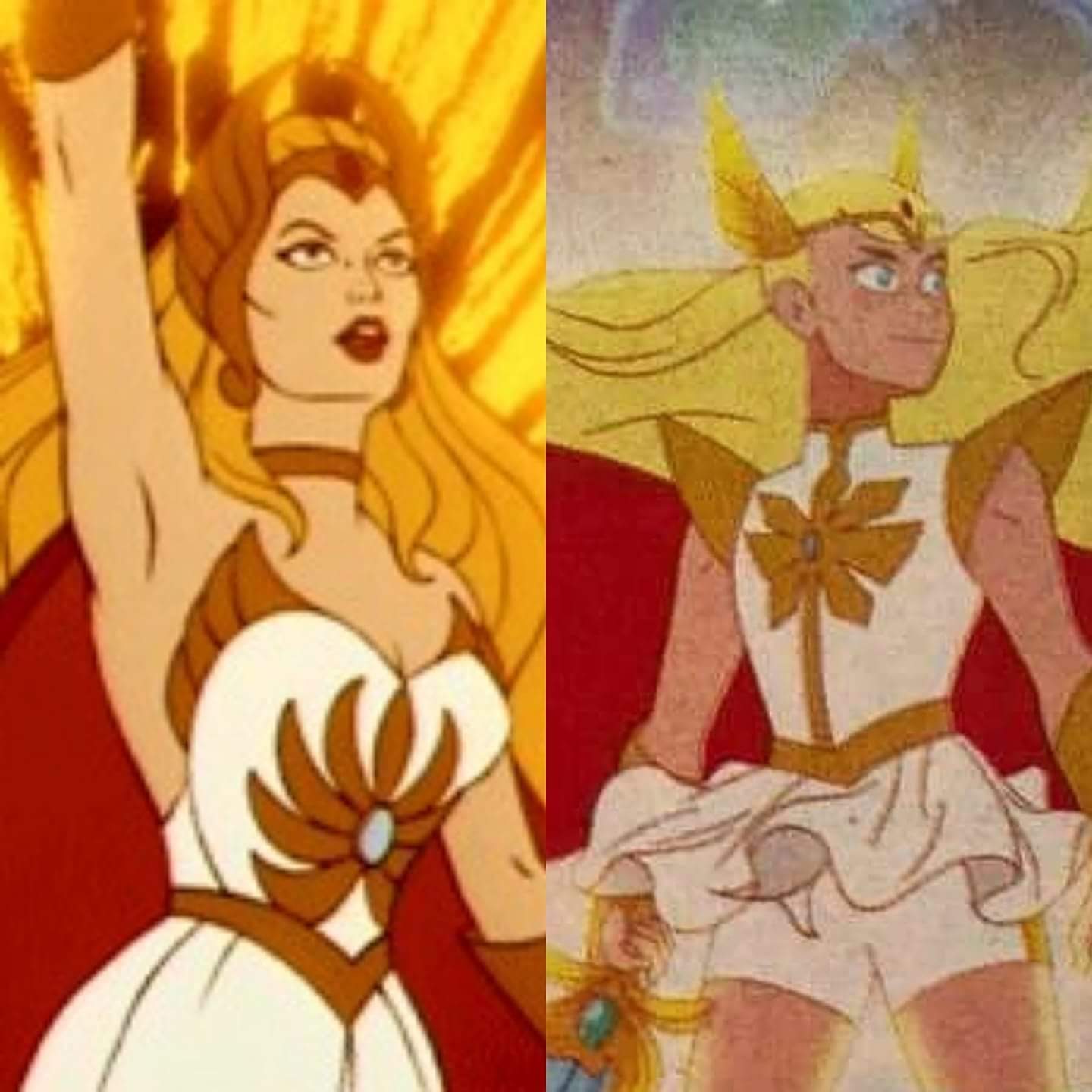 What about the DRAMA? Well, after searching the twitter #SheRa I found a lot of contradictions. People like the redesign, people hate it, people who like it calling the people who hate it various names and insults. People who hate it then providing scientific data as to body shapes and maturity. Other people saying artists are bias. Websites like Polygon, and various other “Entertainment News” pages are covering and quoting people’s Twitters left and right. While we could do that we suggest you just check it out for yourself. Since this whole show has already been paid for by Netflix we know that there won’t be a redesign this late in the game for the Tomboyish tween princess but we do know that many collectors have divided opinions. Fanart is flowing like a river and it’s only a matter of time till the show hits public viewing. ← Is the force really with Obi Wan and what about Lando in IX?
Star Wars The Clone Wars is back →