The New Women of Star Wars

Disney’s Star Wars: Mandalorian has been raising the bar on their female characters and abolishing the image set by the last 3 “Episode Sequels” (no spoilers)

It’s been too long since “The Holdo Manuver” was the “Most heroic thing a woman could do was sacrifice herself for the greater good” or Leia stabbing herself to “get across to her son” with some “Jedi Seppuku” or Brienne of Tarth in Chrome falling down a hole after a total of 5 lines across 3 movies that gave us all a bad taste in our mouth for both of those films. However, enter The Mandalorian Season 2!

Actually, we had few strong woman character from Season 1 like Gina Carano’s ex-shock trooper and the Femme Mando “Armorer” but now we have Bo-Katan. A Mandolorian from a different sect whom aids our protagonist. Unlike other female character that are looking to “Sacrifice themselves” or “Run” from their problems ala “Rose Tiko ramming Fin out of the way of the Laser-Ram” we see a woman driven by more than fear and a desire to escape the harsh nature of the galaxy.

This is great! Finally, we can have a strong lady represented in media that isn’t a cobbled together peace-meal “Formula for normalization” that we’ve been seeing so frequently in entertainment media. Not only that but the content isn’t just made for children but adults too. However, not everyone is happy with the representation.

While Lucasfilm and Disney have made many missteps (including the “Galaxy’s Edge” additions to their theme parks) in the past few years this isn’t one of them. Not only is the character pivotal in the grand scheme of story progression for the Mandalorian but the fact that there is a whole other story on her end is a great way to prepare content centered on this character and her own storyline.

There have been a few detractors. We’re not going to give them any publicity.

The Warcraft: Shadowlands preview is accessable over on Battlenet but there still isn’t a finite decision on weather or not “Once you go to the land of the dead you are stuck there” or if you can return to the home cities and the greater portion of Azeroth .

Developers have hinted to possibly “Locking Out” those whom travel into the expansion content from the earlier game content. However, this has been a subject of controversy for people whom enjoy the entire experience that WoW has to offer and which “Should be included if they are paying for it”.

No further comments have been released on the subject matter. However, many hard-core players say it will “Be great for immersion” while the more casual have been arguing over their favorite spots to frequent. The RPer community has a very heavy push-back on the matter insisting that “Shadowlands is NOT the place for many of the scenes they are currently engaging in.” with all that being said we won’t know until more information has been released.

Star Wars: Rise of Skywalker “Lucas Cut” is better than what we paid for!

Sometime in July, 2020, a private screening was held and George Lucas’ owned Skywalker Ranch with a selection stockholders from Disney to view an edited with extra shots version of the last Episode of Star Wars. What was witnessed by the stockholder that leaked the information to YouTuber and Modern Myth Curator Victor Von Doomcock was staggering.

While the short version of the report is:
Stockholders are mad that this version was NOT the theatrical release because it was marginally better with 15 minutes of assorted footage which marginally improved the storyline and lived up to many die-hard fan’s expectations.

That being said, there is a large chance that the “Lucas Cut” will be released. We hope that it will be soon! With the state of the world in 2020 many people have been locked out of theaters and even movies set for theatrical release like the live action Mulan having then been slated for direct-to-stream release with a $30 price-tag. While taking yourself and loved ones to the movies runs about $45+ it wouldn’t be a far stretch to enjoy it it in the safety of your own home for a “Movie Night”. 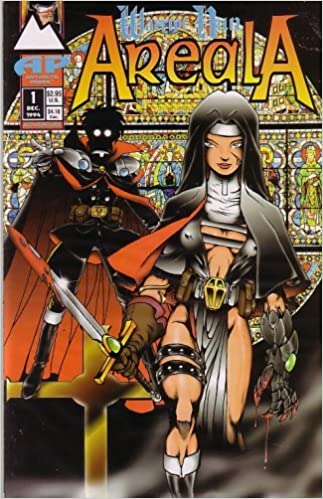 All you need to play and stream, all in one place, giving the other platforms some Ink in the face!

INK Games solves the two decade long problem of getting “players paid for their influence and social following” and Entertain by providing a platform where you can buy games and merchandise, Connect to you’re already established Social Media pool, and Stream all in one place while getting “tips” right off the bat and opportunity with your INK ID based on owning Virtual Property reflecting real world Zip Codes with tools and integration that makes it easier than ever to jump into the fray. It’s free to sign up and get in early too.

I’ve been waiting for something like this after fumbling with OBS and the streaming keys or the various tools to “Start the Stream” with a total lack of intuitive design while having to spam all of my social media and then when I finally get started with a bad bit-rate or substandard content totally throwing all the hardships endured to the wind and having to start from scratch to find out “what I did wrong” and scour the internet for optimal settings. Then, after hours of playing and only 2 viewers and zero interaction the platform your doing it on gives you nothing while they profit off of ads above and beside your stream unless you have thousands of “followers” and hundreds of “hours watched”. If I’ve been waiting for something like this so have you!

Besides the whole “Stream Integration” and actual viral tracking of all those who watch your content while getting a tips, INK, also has the option to pick up “Digital Property” to make a from Zip and Postal Codes if folks decide to get in on another part of the platform with Digital Assets once released. The only way to get in is with an invitation…

As it currently stands the ways you can earn can be greatly boosted by the library of games they’re planning to release sometime soon. There hasn’t been any word yet as to what’s going to be included but INK has a selection of developers and designers from across the industry making sure the system works. The platform will be on PC with a Companion App in development exclusively for Smart Phones.

If you decide to join before the Launch you’ll find yourself needing an INK ID invite: