Sci-Fi News: Star Trek TNG Patrick Stewart to have Picard back in action 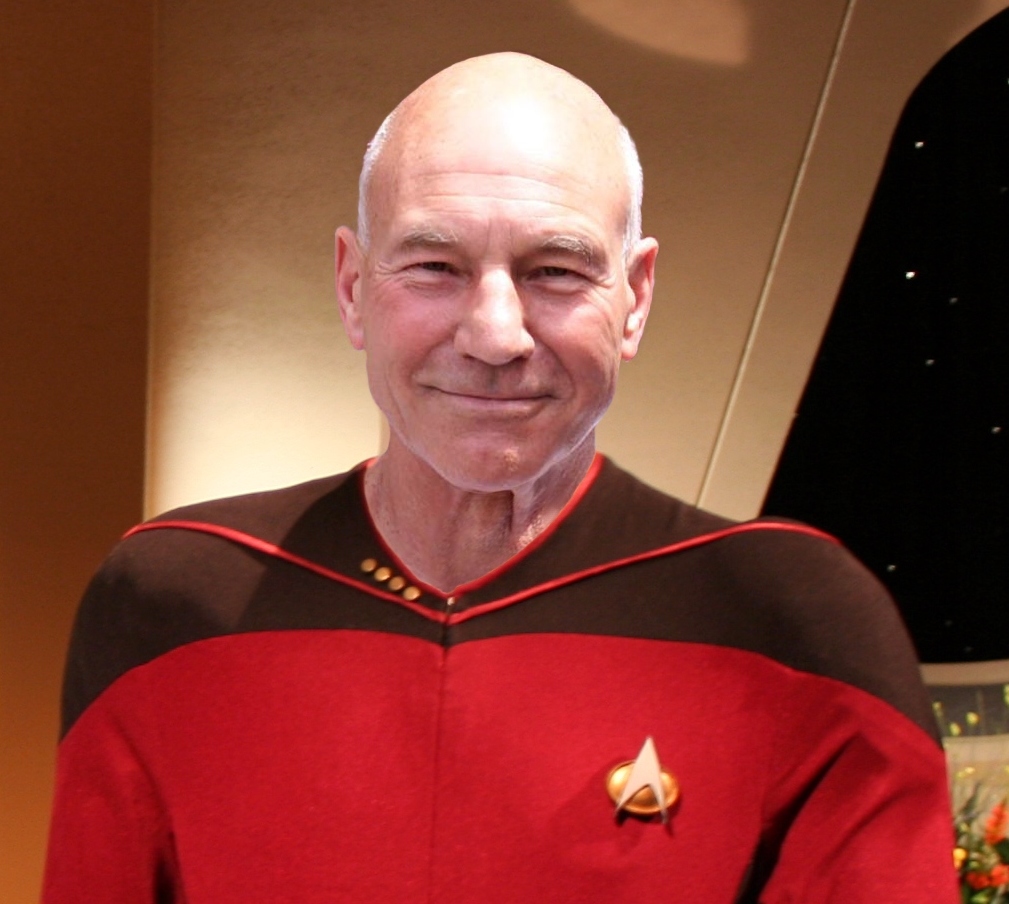 Sir Patrick Stewart as Captain Picard of the Enterprise

Shakespeare said “Parting is such sweet sorrow” or at least that’s what we had felt with the last movie “Star Trek: Nemesis” having concluded. So, after blasting Data into vapor Picard’s ,Romulan-made, clone bit the dust and put an epitaph on “The Next Generation” saga. Only to have characters and story-line nods in Star Trek Online and various extended universe comics and novels.

However, outside of the fantasy of Gene Rodenberry’s Star Trek, Patrick Stewart has been busy. Between rehabilitating dogs to voice acting roles on cartoons Sir Patrick Stewart has been doing what he does best. Not to mention going to what fan events he can and spending time with his beloved wife or pal, Ian McKellen. On one of his outtings he was caught up with by a reporter, who, got the news that “(he) may have good cause to look at it soon”.  We’ve provided the clip via Red Carpet News from Youtube:

Because of his history of being candid about his roles and outstanding humanitarian drive, Sir Stewart, has won the adoration and inspired millions. Insiders at CBS have alluded to other cast members joining. Two weeks after this revelation we can only hope for more! Will we see Q? More of the Mirror Universe from ST: Discovery? Yet another timeline? Only time will tell!

With the success of “Star Trek: Discovery” CBS and Warner Brothers have been retaining the rights and continuing with production on multiple projects. Including one on the Kelvin Timeline, the second season of Discovery on their Timeline, Mirror Universe, and the Primary Universal Timeline. Let us not forget, however, that divergent timelines are a big possibility and have been covered in the show, novels, and comics.

-UPDATE-
We are waiting on further statements from CBS/Viacom. So far beyond the statement made by Stewart we have to consider is not set in stone. Statements made by other cast members are also pending further validation. We will let you all know when we get more information! Those working directly on the project have been tied to Nondisclosure agreements. More shall be revealed in August at The Convention.

-Newest Update-
At The Convention in Vegas it was CONFIRMED that Stewart is coming back in the capacity of a live action role in a show reprising his role as Jean-Luc Picard. Our original article was originally branded as “Click Bait” and “Fake News” but due to the official validation at the convention we’ve got the word out and confirmed our sources were reliable (however, some folks didn’t want to listen to Patrick telling people he might have had a good reason to catch up).